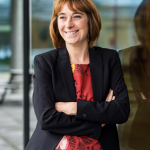 Since 2007, Maite Mallentjer (°1974) has been a lecturer in the bachelor’s program in Social Educational Care Work at the Artesis Plantijn University College in Antwerp. In 1997 she obtained her Master’s degree in Psychology from Ghent University. Between 1997 and 1999 she worked as a psychologist in a general hospital in the geriatric department. She also taught in secondary vocational education, home and elderly care. In 1999 she became a departmental psychologist of the Department of Elderly Psychiatry and took part in a structural change process. In 2001 she went to work in the special youth care sector as a day centre worker, after which she chose social pedagogic training.

Maite is mainly specialized in life-course psychology in the education of social pedagogy. She developed the educational option of ‘elderly care in society’ in close collaboration with the professional field. She professionalized oneself in supervision and coaching.